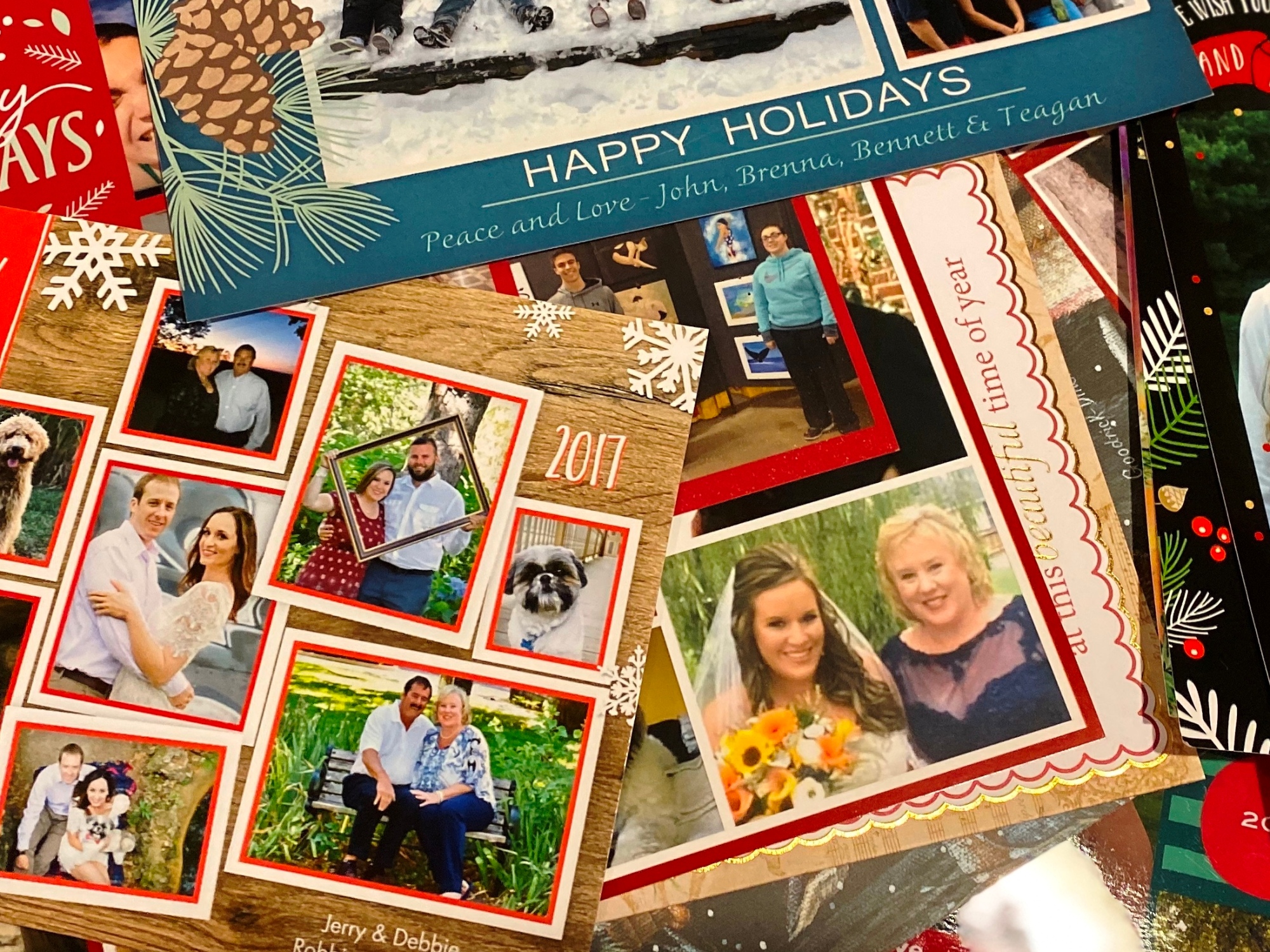 There is nothing like receiving a Christmas letter. You know that special letter, folded in the holiday card, in courier type with clip art of a red Poinsettia or Santa Clause winking atop the header?

Growing up in the seventies and eighties, my parents received a bounty of holiday cards, but every year, my dad’s cousin Barbara from California included a two page Christmas letter. None of the local relatives sent Christmas letters, just Hallmark cards with holly or paintings of winter village scenery. Cousin Barbara’s letter was this unusual ritual, mailed all the way from the West coast. It fascinated me.

I’d unfold the letter and read all about Barbara and her adventures with her two kids and husband in Santa Barbara. The letter included a photo way before photo cards became the popular norm and I’d envy the palm trees the family posed by and all their trips to Disneyland and that time they vacationed to Hawaii. Cousin Barbara’s world looked warmer, sunnier with more color and lots of blonde people.

Barbara had a daughter my age that took violin and was a trained vocalist. In college she majored in Italian and even lived in Italy for a while. Barbara’s son married, had kids, and within one year had a new, younger, prettier wife with no mention of what happened to the first wife. It was like the Christmas letter magically deleted the first wife, disappearing with a stroke of the backspace key! Barbara and her husband lived in Russia for a year teaching English, tended to cherub-like grandchildren, traveled to Asia, took classes and pursued a variety of hobbies.

Cousin Barbara must be eighty-years old now, and she still sends a Christmas letter. When I visit my parents’ house I flip through the collection of holiday cards to find Barbara’s letter. I read it out loud. It is my annual tradition, my very own “over the river and through the woods” recital.

When I married my Midwestern husband, Christmas letters from his relatives arrived in stacks. Midwesterners love Christmas letters, along with wearing matching Christmas pajamas, the St. Louis Cardinals and thinking their barbecue is the best in the country. Before I knew it, my cards began to include a little paragraph or two about our comings and goings and now I fear I might be out of control.

Just today, I told my son, “Go win me a volleyball championship so I can start working on my 2020 Christmas letter.”

I am joking. But, I need good material to compliment the carefully selected photo of my son doing something fabulous like hiking the Grand Canyon or jet skiing in Puerto Rico or kayaking the Thimble Islands.

The Christmas letter is this carefully curated year-in-the-life of a relative or friend you only see at weddings and funerals. It is a glimpse into their world, a quick “how do you do”.

My East coast mom doesn’t approve, “I’d rather you not do that, everyone has their own children doing special things.”

“That’s true,” I agree to my modest mom who I suspect thinks the Christmas letter gods might zap a hex on me to reprimand me for all my boasting, “but then they can write me a Christmas letter and tell me all about their kids’ special activities.” Yes, I want to know your child ran track, won the spelling bee, lost a tooth and got that full-ride to college.

Alas, holiday cards are becoming fewer and fewer. Even my husband has an Excel spreadsheet where he tracks who sends cards and whittles down his list when a cousin or friend misses a year. Soon the holiday card will just be a Facebook post, no letter, no family photo; just a mere Christmas tree EMOJI and a winking smiley face.

I hope Cousin Barbara sends a letter this year because when she stops, it will be the end of a fifty-plus year era. It is sad to think about this stranger I have met only a handful of times no longer sharing her favorite things. She was a glimpse into another world, a life led differently, where Mickey Mouse was a car ride away. That’s the stuff of Christmas letters!

2 thoughts on “The Christmas Letter”