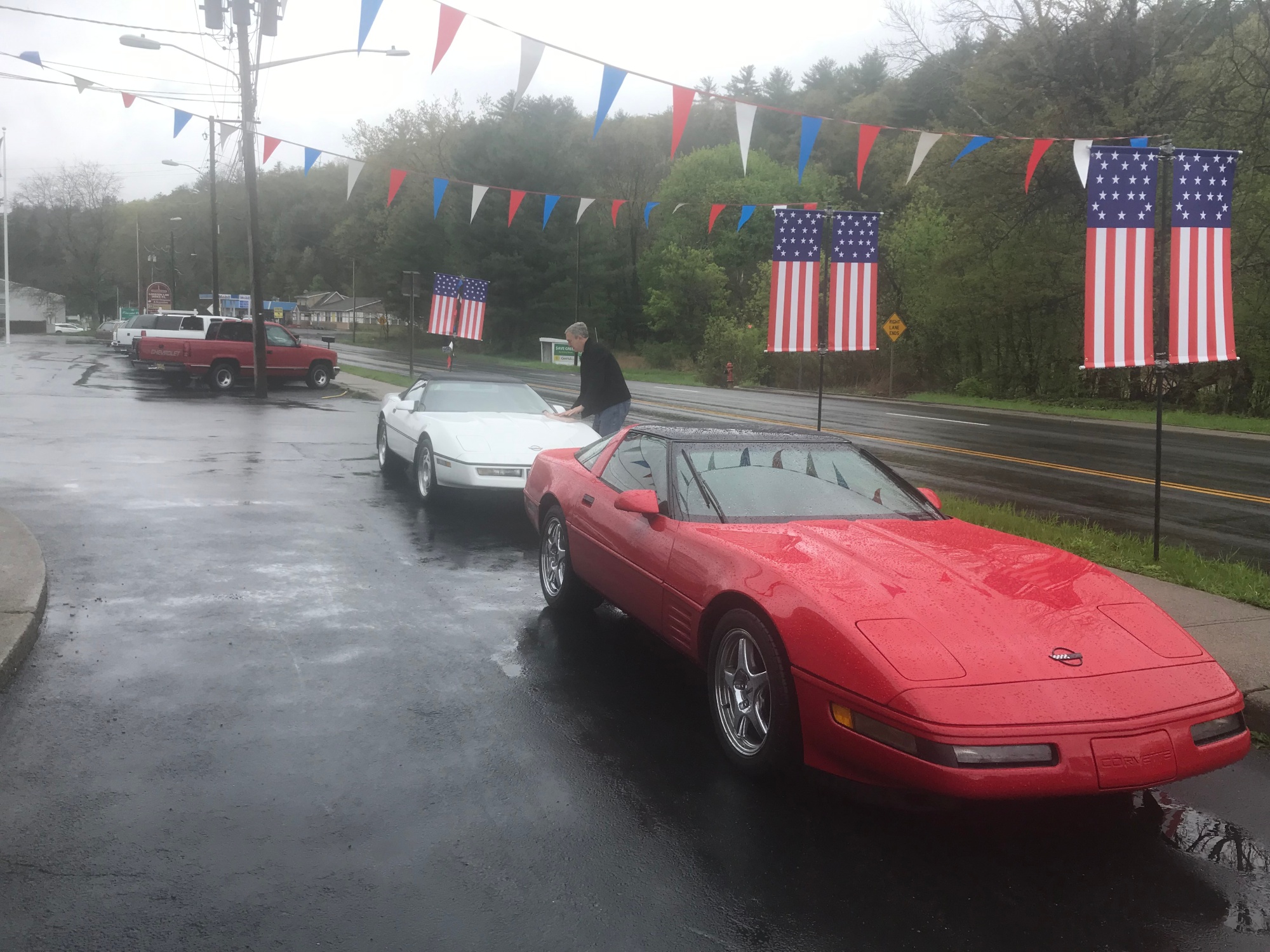 My husband’s 1990 white Corvette convertible “C4” is a bit of a diva. She only goes for a drive on perfect, sunny days. She is polished weekly.

Since my husband purchased her a year ago, she has had her exhaust replaced, the tachometer re-calibrated and has a refreshed vinyl top, complete with a new vinyl rear-window that he sewed by hand and caulked with something from Home Depot. Enough Armor-All has been massaged onto her faux leather upholstery to lather up every Miss America pageant contestant.

As if this Corvette hasn’t received enough attention, she is now featured in an HBO six episode mini-series, I Know this Much is True, starring Mark Ruffalo.  According to HBO, “I Know This Much Is True is a family saga that follows the parallel lives of identical twin brothers in a story of betrayal, sacrifice and forgiveness set against the backdrop of 20th-century America.”

The Corvette was plucked from obscurity a few weeks back when Octane Film Cars called my husband after discovering the car from our insurance records. Movie producers needed period correct cars to feature over a span of three decades.

We dropped the Corvette off earlier today at a car dealership in the Catskills. The dealership was a time machine shuttling us back to 1991. Mammoth size computers with button size keys on keyboards sat on clunky metal desks. A row of El Caminos — the mullet of cars — stood outside. Selections of Irocs, boxy Chevy Novas and a few Camaros filled the lot.

My husband wiped the Corvette dry from the drive’s rain, “I don’t want those guys to scratch up the car.” He seemed a little nervous, but Pete from Octane Film Cars explained that the car would be inside the dealership showroom during the three day film shoot.  “White seems to be a good color for filming against the pastels of the period,” my husband surmised, checking out the glass double doors the car would eventually drive through to get inside.

I assured my husband, “they are going to baby the car. Sports cars are always inside the dealership. Those El Caminos will definitely be outside for sure. Maybe Mark Ruffalo will drive the car?”

Lucky car, I think. A twinge of jealously stabs my insides. Mark and the rest of the cast weren’t arriving until Tuesday. Maybe I want to meet Mark and be like Jennifer Garner in 13 Going on 30 and dance to Thriller with him. But no, only the Corvette gets to meet Mark.

At the car dealership, there were no movie stars loitering by their trailers or grazing craft services. Just the manager of the car dealership paced; concerned that his business would be closed for an entire month of filming. “The crew resurfaced all the walls with this green material and they covered up the outside signs too.” The manager then hoped out loud, “Just as long as I get a signed selfie of me and Mark Ruffalo that I can frame on the wall. Then I’m good!”