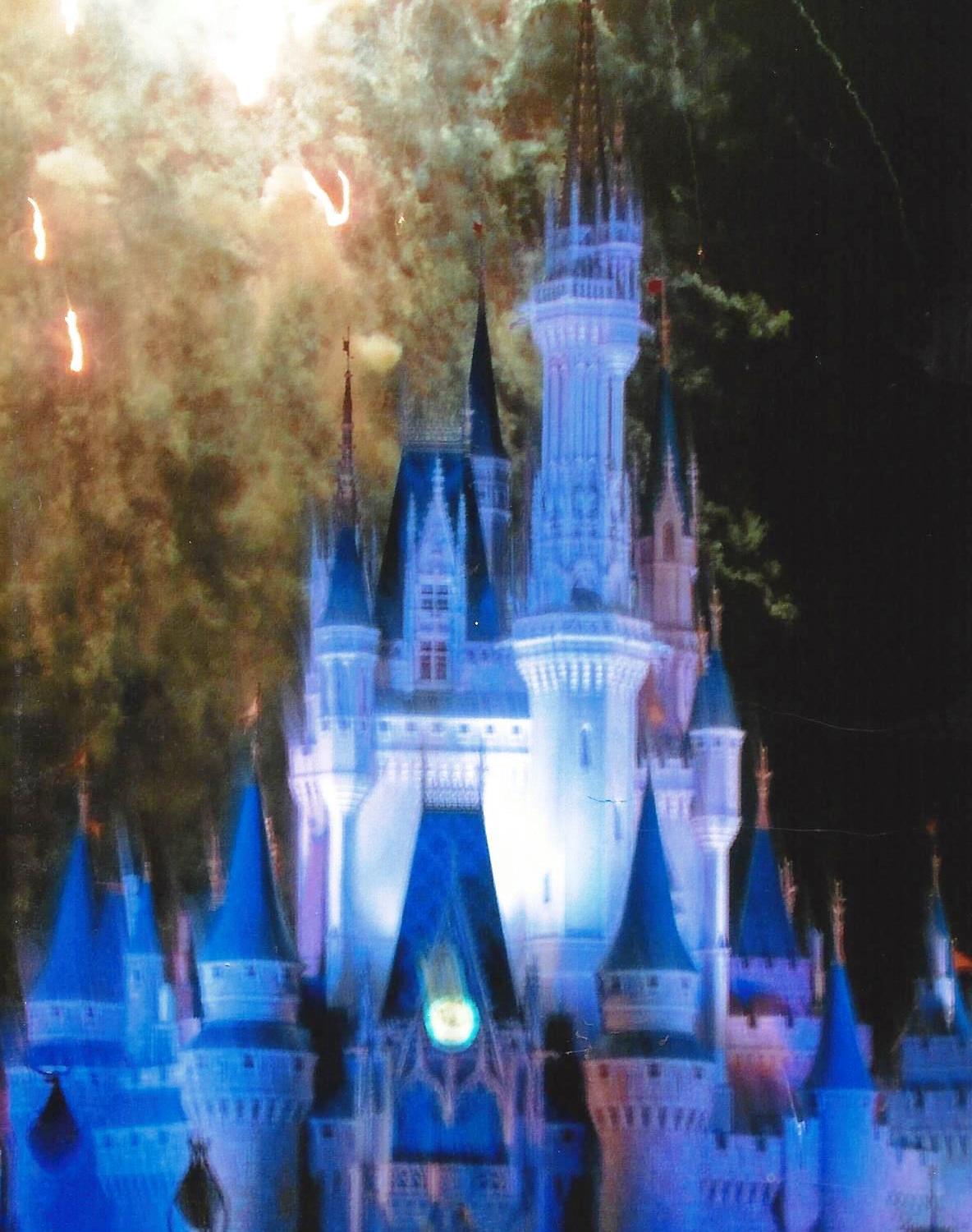 I never saw my husband John run so fast. Arms were pumping and his legs jogging like he was at the Running of the Bulls.  There was no threat of getting gored, just the fear of reaching the Seven Dwarfs Mine Train and standing in a 110 minute line for a three minute roller coaster ride.  John, our son Shawn and I were one of the first hundred people to arrive at Magic Kingdom before the dapper dancers with parasols and straw hats waved and sang welcome.  We lined up like we were cattle shuffling to the slaughter house.

Down we ran Main Street, ignoring the waving Mickey and Minnie and nearly trampling a woman with a Tinker Bell tattoo on her neck. We veered to the left side of Cinderella’s castle and the carousel already spinning with children. As we continued through Fantasy Land we saw a human tsunami crashing toward Seven Dwarf’s Mine Train.

My heart sank, “Where did these people come from?”

John’s stride slowed in defeat.  Shawn checked the time tally at the end of the line, “30 minutes?”

“Let’s wait,” John sighed, “The line is only going to get longer.”

In less than two days we had been hoodwinked into Walt Disney World being this happy vacation spot when really we were lured to a fanatical cult.   Our wrists were bound with bracelets that tracked our every purchase and move. We ate food in the shape of mouse ears and watched four year-old girls be transformed into tiara wearing, glitter speckled princesses, crying for another ride on Ariel’s Under the Sea . Ride attendants, front desk operators and bus drivers greeted us with a syrupy, “have a magical day!”

We posed with Winnie the Pooh and I wondered what the going rate was for his autograph?  Grown women waited patiently for Pooh, Tigger, Piglet and Eeyore to sign stacked autograph books.  Who was in those furry costumes; a junior from University of Florida getting real world experience?

“You moved the bar up!  She is 48 inches,” a frazzled and determined grandmother barked at a Splash Mountain attendant measuring a small child and refusing her a ride.  I later saw them exit the flume’s log, drenched and singing “Zippity Do Da.”

Strollers commandeered huge sections of the park while parents indoctrinated their infants to the creator Walt Disney and his savior Mickey Mouse.  It’s a Small World christened these Disney neophytes in the church of all things magical.

I tried to look beyond the long lines and humid weather to find the magic I was promised.  I discovered that the magic wasn’t in the parades or the fireworks or even the smiling, frantically waving furry characters.  The magic was in my son, Shawn.

Shawn was effervescent and accommodating.  He knew it was just some guy inside the Donald Duck costume, but he hugged him anyway like he was his best friend and posed for the camera like the sweet kid that he is.  Shawn chatted up the wait staff, even liked the spinach that was mixed in the stir-fry he ate at Epcot’s Japan. “This is really good,” he complimented the newbie chef-in-training who bowed, showing us her name tag that read “Earning my ears.” 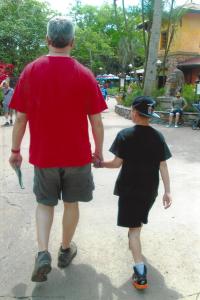 The magic was John and Shawn, holding hands as they headed to Expedition Everest for the fifth time.  Even John got misty eyed over the animation montage that illuminated the castle one evening.  And when the week was over, and the days of heat, crowds and logistics were memories, John  snuggled with the giant stuffed Stitch while we waited for our 5:10 a.m. flight back home.

5 thoughts on “Have a Magical Day”